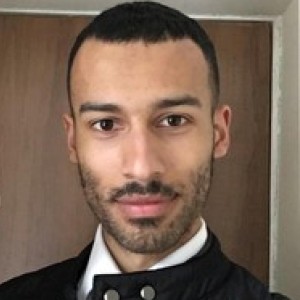 The cost of ‘free’ social media

At first glance, ‘the cost of free social media’ seems to make no sense. How can something that is free cost money? The industry is a classic case of smoke and mirrors. Allow us to break down how the ‘free’ model of social media may be eating into more than just your bank account.

Your data is currency

Social media networks make most of their money collecting and mining your data, and then selling it to advertisers. Your data is so valuable that big tech companies invest billions each year without charging you to use their products. This is because they own your digital identity.

You give your data to social media companies in exchange for free usage and they sell access for hyper-targeted advertising towards you. That’s the deal. These ads are effective and lead to users spending hundreds or thousands of pounds a year on the platform. With access to your location, behaviour, interests, lifestyle, and shopping patterns, the likelihood of you making a purchase is far greater on a free platform than one without advertising, without selling off the users personal data, without spreading fake news and disinformation, and without political manipulation.

Your safety is compromised

Other than the bombardment of advertising seen on Twitter, Facebook and others, social media companies find other ways to monetize. Many users end up paying monthly subscriptions.

There is always a cost involved for the consumer. And yet, they are never prioritized on the platforms they use, and their data and privacy are sold down the river. The paid model of Wigwaum provides you with all the same major features as popular platforms such as Facebook, Twitter, Houseparty, Instagram, Whatsapp, Zoom, and Skype all in one App for just £1 per month or £0.75p per month if you are under 21. The app, LIFE, is ad-free and doesn’t sell your data, in fact it protects your data. When you sign up to be an early tester you get the first 3 months for free.

An underlooked cost of free social media is your quality of life. People are now spending an average of 2 hours and 24 minutes per day multi-networking across an average of 8 social networks and messaging apps. These platforms depend on advertising revenue to make money so the quality of content suffers. Just take a look at YouTube.

The golden age of YouTube is over. The Verge states, “The platform was built on the backs of independent creators, but now YouTube is abandoning them for more traditional content.” In the early days, millions of people started switching from commercial TV to the free video platform to enjoy a more authentic and unrestricted community. Content was made for fun. Google bought YouTube for $1.65bn and soon created an advertising model that enabled content creators to make an income.

Inevitably, though, advertisers (the ones who pay) became the focus and YouTube were incentivised to implement advertiser-friendly restrictions. During the ‘adpocalypse’ of 2017, global brands pulled away from advertising to avoid being placed on controversial videos. YouTube then aggressively demonetized videos they deemed problematic to help prevent companies from halting their ad spending. This has led to a constricted environment where ordinary creators are walking on eggshells. Ultimately, this leaves you consuming less exciting content.

Growing problems with the existing social media structure is now making people question whether the free model is really worth it.

There is more to LIFE

The ad-free, paid model of social media is a game-changer and shifts all the focus to consumers. Now is your chance to make a change. We’re inviting you to try Wigwaum’s LIFE and give your honest feedback to help make the world of social a better place when it launches in January 2021. Simply sign up to test below or join our mailing list for updates.

PrevPreviousWho owns your digital identity and how can you protect it?
NextYouTube embroiled in potential £2.5 billion legal battle over the alleged breach of children’s privacyNext

Analytical cookies are used to understand how visitors interact with the website. These cookies help provide information on metrics the number of visitors, bounce rate, traffic source, etc.

Payment cookies enable us to securely verify your payment information with payment gateways such as Stripe in order to provide card payment services via our website.

These cookies help us to collect information that assists us with our visibility in Search Engines so you can find us easier.